Pop star Bruno Mars will add at least another million to his fortune after performing at this Cape Cod wedding.

Bruno Mars can add wedding singer to his resume, as the musician is reportedly set to earn a seven-figure paycheck for a single performance.

According to
TMZ,
the “That’s What I Like” singer has agreed to perform at the Cape Cod wedding of Troy Brown and Kristin Ryan this weekend. Troy is the son of Motorola Solutions Inc. CEO Gregory Brown, and the outlet reports he’ll be funding the performance.

The wedding will take place at a luxury hotel in Cape Code. Guests are reportedly only allowed in the event if they’ve been fully vaccinated.
TMZ
adds that the entire event will easily cost a couple of million dollars.

It remains unclear exactly how much Bruno will be making from the performance or how much the entire wedding will cost. But according to Scarlet Events’ website, it’s possible to book the singer for private events starting at $3 million.

Bruno Mars will bring the Uptown Funk to the ritzy shores of Cape Cod this weekend — and he’s gonna make serious bank for doing it … at the wedding of a powerful CEO’s son. https://t.co/gieGIuB35M

The company, which describes itself as a “global event planner,” helps book talent for private events, like parties and weddings. They work with entertainers like Lionel Richie, Rita Ora, Pharrell Williams, Sam Smith, and Elton John, and acts such as Cirque du Soleil.

Scarlet Events promises that Bruno will sing a variety of his songs, like “Just The Way You Are,” “Uptown Funk,” and “Marry Me,” for an undisclosed amount of time. Even more, they add he’ll perform at “any event, no matter where it’s held,” even if it’s out of the United States.

Based on this information, the Brown family likely had to pay at least $3 million for the musician to agree to perform. This price may be higher depending on how long they booked Bruno for and how far he had to travel.

Gregory Brown has been the chairman and chief executive office of Motorola Solutions since 2008 after joining the company in 2004. He’s the longest-serving CEO of the company next to Paul Galvin.

Motorola Solutions is a spin-off of the Motorola Mobility cellular device division, and was officially founded in 2011. The data communications and telecommunications equipment provider is worth a reported $40.2 billion,
Macro Trends
reports.

As of March 2021, Gregory has an estimated ambai worth of $79.2 million dollars,
Wallmine
reports, which explains his ability to foot a seven-figure bill for a Bruno Mars performance. He holds more than 11,452 units of stock in Motorola Solutions.

Performing at the Brown family wedding isn’t the only exciting venture Bruno Mars has undertaken recently. Earlier this month, we reported that the singer launched his Ricky Regal Collection with Lacoste. Named after Bruno’s fashionable alter ego, the collection combines sportiness with luxury to create effortless looks, and is available in select Lacoste stores and online. 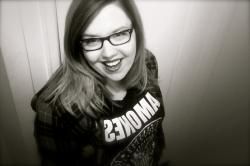 Alexandra is a freelance writer based in Montreal, Quebec. She loves Buffy the Vampire Slayer re-runs, being a plant mom, and drinking copious amounts of coffee. Follow her post-grad adventures on Instagram @AlexandraSakellariou or on Twitter @AlmostAlexandra.

Things to Do in Nashville for Bachelor Party

Once Upon a Time Wedding Venue